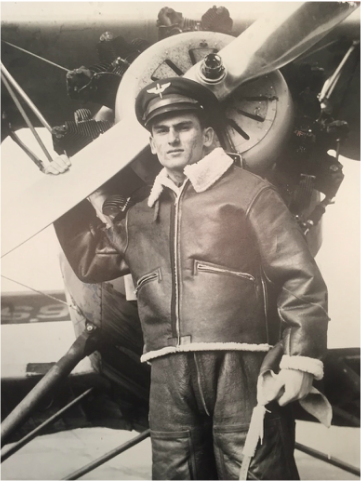 I sat quietly in my vigil watching my father, Jack, nearly 90 years old, struggling for breath in his room in an assisted care facility. The olive skin of his face was pulled tight over a pronounced brow, high cheekbones and a saber sharp nose. His eyes were open at times but in a dream state. His feet were rhythmically moving in his bed towards a goal only his blank, deep brown eyes could see.

But it had always been like that for him, or so I’d been told. As a little boy, Jack ran through the desert night, determined to be the fastest of his many siblings. Glad for the relief from the summer heat of Tucson, he would run into the coolness of the night with his brothers and sisters, teasing and taunting each other in a mixture of English, Spanish and the Pima Indian language, O’odham.

Jack’s earliest dream was to be a runner as fast as the Native American gold medal Olympian, Jim Thorpe. Jack ran fast enough to be awarded an athletic scholarship to college, but that was not enough for his restless soul. While he was still a college student, he volunteered for the Army Air Force. Why settle for mere running on land when he could soar through the night sky in a warplane?

At 21, Jack had survived World War II long enough to be promoted to captain. One day over Pacific seas, his plane came under heavy fire. Shrapnel ricocheted through the cockpit and pierced his body and the bodies of the other crewmembers. He tried to duck and weave the damaged plane away from the gunfire of the kamikazes, but lost control. Then the plane hit the water with a huge concussion, and it was quiet. Who was alive? Who was injured? Who needed to have their dog tags and their final letter home removed from their body? After this grisly roll call, Jack and the surviving crew struggled to launch the lifeboats from the damaged and sinking plane.

On the lifeboats, time slowed down. Adrift in a huge ocean, the desert boy alternated between being seasick, and lying semi-conscious with blood oozing from his wounds. Dehydration soon pulled him away from the raft and back into endless dreamtime. Jack felt at peace but suddenly was yanked back into consciousness. There were IVs in his arms now, and he was surrounded by dead, dying and injured men in a large transport plane flying to a military hospital in Hawaii.

​After the war, Jack put away his uniform and medals and returned to college. He did not like to speak of the war, only of the planes.

Years of study passed. Jack had become an aerospace engineer—still restless, still looking for the next challenge. For the rest of his career, he was always in motion, moving with his family from job to job, from project to project, and from dream to reality. During this time, propeller planes grew into jumbo jets, jumbo jets became rockets, rockets became space shuttles, and space shuttles docked with space stations. Jack was a part of the engineering teams that worked on all of these innovations.

I sat and watched his feet finally slowing, his breath becoming a whisper. With a final exhale, his spirit left his body and ran into the starry wonder of the night sky.